I do think it is appropriate, nowadays, to include posts in the blog about normal, practical, everyday life.  It’s important to include a sense of morality in these entries, since I do try to live my life by certain morals and standards that I’ve set for myself with the help of God and my wonderful and beloved parents.  I also think that it’s important to talk about some aphorisms that have aided me so profoundly in the last few years when I was experiencing such horrible circumstances, like seeing friends almost die right before my eyes, almost overdosing myself (I only barely remember), being locked up in numerous “psych wards,” detoxing off of painkillers, getting arrested in my hometown on Christmas, the list could go on and on, but I think you’ve got the idea.

Really, I think it starts with good, simple positive thinking.  And everybody, even certain miserable politicians could benefit from this way of thinking!  What I found that inspired me and reminded me of this “mulling technique” was a page from a prayer book I made just a couple months ago, as a way to enable myself to worship my higher power more and practice humility on a regular basis.  I’ve always had a hard time with praying on a consistently.  I thought making a prayer book would help, especially since I’m obsessed with visual art these days.  So far, in all honesty, it has helped, but I wouldn’t say that I’m praying as much as I should be quite yet…I’ll get there in time, I’m sure. 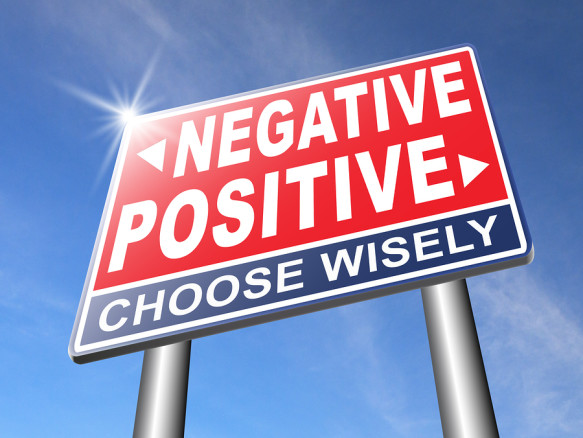 To continue, I found this page that was supposed to go into the book, (which I so aptly titled The Spiritual Upgrade for Addicted Dummies).  However, I had a few pages too many because the paper was so thick that they wouldn’t fit in the three-ring binder I was using to hold it all together.  So I had to leave some pages out, unfortunately.  I suppose there is still some inclination left in me to hoard though, since I still have those extra pages, but it’s to my spiritual advantage today, I would say.

The page that I found is a simple, short & sweet excerpt from, believe it or not, an older book, called Anxiety & Panic Attacks – Their Cause and Cure written by Robert Handly in 1985.  As one can see from the title, it’s a book that focuses on anxiety, but there is a rather large section about how addiction and use of substances like alcohol is a viable means for a nasty case of anxiety.  It was one page in his book that truly caught my eye: page 200 – very easy to remember.  Handly tells his readers to practice the FIVE R’s when we’re stopping taking drugs and alcohol and STARTING to THINK positively.  To me, it’s mind-boggling, because he makes it sound so rudimentary, and really it is.  It was almost like I needed that foreign third party to point that notion out to me.  Internally, I didn’t know how rid myself of negative thoughts, which led to continued drug & alcohol use.

The FIVE R’s:
(My comments after each bullet may sound easier said than done, especially towards the end.  I’m fully, fully aware of that.  I know it’s an exceptionally long and difficult process.  However, this is what the process looks like over a good deal of time.  Plus, it’s not as disheartening as you might initially think if you are going through this. Find a solid source of support (like in a sponsor or peer coach) and do as he/she says; if you have no close family or friends that are available or willing (unfortunate, but it can happen), find someone in the hospital or treatment center, the halls of Alcoholics Anonymous, or perhaps even at the gym!

1. “REALIZE you may be using your habit to escape the effects of negative thinking.
Lou: Use dope to not have to think while I’m trying to fall asleep at night.
2. RECOGNIZE that your habit has become a problem.
Lou: I’m scamming my parents out of so much money.
3. REFUSE to continue the habit.
Lou: I need to stop, so I am stopping.
4. REPLACE the habit with something better.
Lou: Instead of using drugs, I’m going to an AA meeting, really.  (This tends to be the most difficult step, along with #3, of course.  Certainly was for me.  Drugs/alcohol = the love of your/our/my life at the time.  There is a huge, cavernous void in my soul where drugs once set up shop.  So, if you have trouble with this one, I get it.)
5. RELAX; [embrace the use of that subconscious mindset]“

LOU’S TIDBITS:
If you used like I did, you were always on the go. Take a nap! (I mean that, I slept so much in early recovery; my head felt so much clearer after some much-needed R&R!)

Quoted excerpts are from Anxiety & Panic Attacks – Their Cause and Cure. Page 200. Robert Handly. Copyright 1985.